Isekai Sensei-Sama on Monday, June 27, 2022
This episode is in english! The Weeb Cabal is talking again, and this time Isekai Sensei-sama, Bento Baggins, and Kermit D. Grog are discussing anime and manga translations, the side effects of scanlations, and our thoughts on Ranking of Kings . Don't forget to find us on  Twitter  and  YouTube , and subscribe so you don't miss new episodes. We'd love to hear from you, so send us a message or comment. If you have an Isekai question, email Isekai Sensei-Sama at  IsekaiSenseiSama@gmail.com  and your question may be featured in a future episode.
Post a Comment
Read more 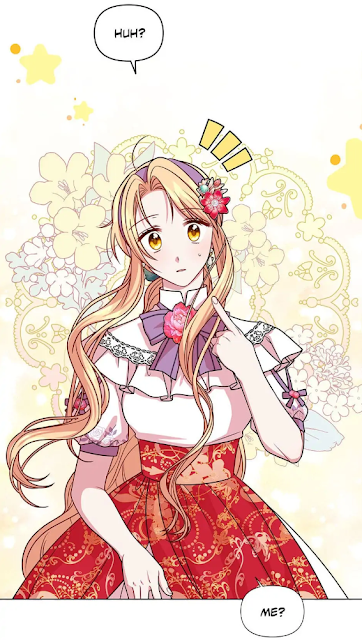 Dense Female Lead Syndrome, or DFLS, is a recently described disorder that is becoming more prevalent in shoujo and josei manhwa. The following brief will give you an overview of the disorder and it's two primary types. [Pictured: One of the most severe cases of DFLS we've ever seen] [Source: My BFF is a Tyrant in Training] DFLS Type I symptoms include a Female Lead being unable to see the signs of infatuation from the Male Lead or even secondary Male Leads. This can range from not picking up on subtle but obvious clues too, in the worst cases, outright rejecting the notion that a Male Lead just confessed their feelings. DFLS Type I usually won't be diagnosed until an appropriate amount of interaction has been reached with the Male Lead, as simply missing hints here and there is generally not serious enough to warrant a diagnosis. DFLS Type II symptoms tend to be broader in definition than just the Female Lead's romantic interests, and will generally include a Female Le
Post a Comment
Read more 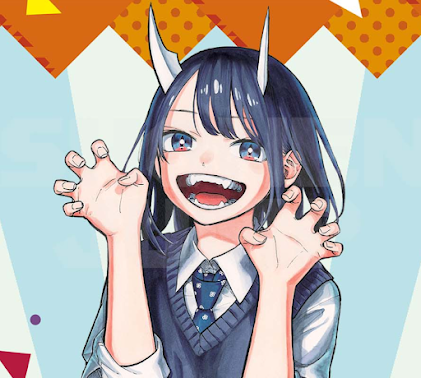 Another week, another new series in Shonen Jump. Yesterday (6/12/2022) saw the release of the first chapter of Ruri Dragon by Masaoki Shindou.  The plot is fairly simple. A girl named Ruri wakes up one morning to find out that she has grown dragon horns. The tone of the manga is immediately set when both Ruri and her mother treat this as an unexpected inconvenience and not a horrific disfigurement. It's not that such things are common place in the world of the manga, they most certainly are not. It's just that if you wake up one day with dragon horns, well, what are you gonna do about it? Life goes on.  Ruri's mother reveals in an equally matter-of-fact tone that Ruri's father, who has never been present in her life, is actually a Ryu (龍 I'm guessing was the kanji used), a dragon. Specifically, he is a Japanese dragon. It's not really explained in the chapter, but there are a lot of differences between dragon myths in Europe and Asia. For the time being let'
Post a Comment
Read more

Review - From Truant to Anime Screenwriter by Mari Okada 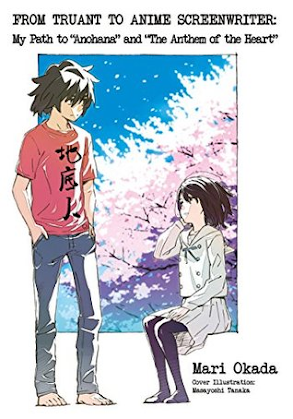 From Truant to Anime Screenwriter is an autobiographical light novel written by Mari Okada. As the title suggests, Okada is a screenwriter of several popular anime and she began life as a "truant." The word that is translated as "truant" carries a greater weight in Japan than it does in America, or at least that's my perception. In both cases a truant refers to someone who refuses to attend compulsory education, but in Japan this seems to be a source of scandal and shame. In America, I haven't sensed the same level of community concern about school attendance. That said, I think even the Japanese "futoku" is really underselling the full scope Okada's struggles.  I need to confess to ignorance of a few things before I delve much deeper into the review. First, I have never watched any of Okada's work. I am aware of "Anohana" and "The Anthem of the Heart"  (lit. My Heart Wants to Shout), but I never sought them out. Secon
Post a Comment
Read more 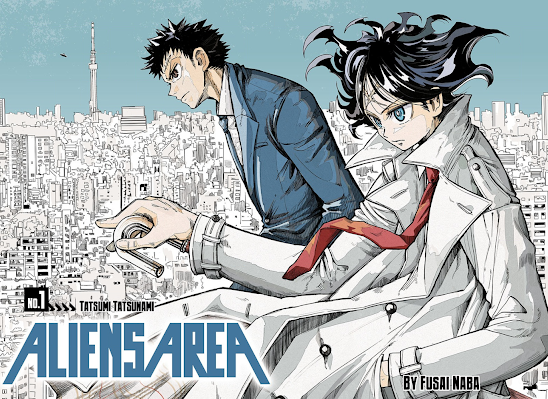 Shonen Jump has launched a new manga. The editors seem to have decided that after hits like Bleach, Blue Exorcist, Tokyo Ghoul, Jujutsu Kaisen, Chainsaw Man, Twin Star Exorcists, and Demon Slayer that the concept of teenagers fighting demons might be just a little played out. That's why in Aliens Area, the teenagers will be fighting Aliens!              You've never seen a guy with a jet black arm that is also stretchy before. Right? Oh.  Well, what if I told you that our hero is a down on his luck guy who goes to work for a supernatural police agency and his boss is a weirdo?   Dang. There's only one chapter of Aliens Area out, but I don't predict a bright future for this manga. This feels a bit like shonen madlibs. Everything I'm seeing in this manga I have seen done and done better. This isn't even the best version of this that debuted recently. While I was researching for this blog post I stumbled on a reddit thread that summed it up nicely. They compared
Post a Comment
Read more

Sequels and Spin-offs, Spin-offs in Another World, and My Hero Academia

Isekai Sensei-Sama on Monday, June 06, 2022
This episode isn't a sequel, but maybe this podcast is a spin-off? The Weeb Cabal is back once again, and this time Isekai Sensei-sama, Bento Baggins, and Kermit D. Grog are talking about what makes a sequel or spin-off and how they work in different cultural mediums, the myriad of isekai spin-offs, and My Hero Academia and it's spin-off Vigilantes . Don't forget to find us on Twitter and YouTube , and subscribe so you don't miss new episodes. We'd love to hear from you, so send us a message or comment. If you have an Isekai question, email Isekai Sensei-Sama at IsekaiSenseiSama@gmail.com and your question may be featured in a future episode.
Post a Comment
Read more

Is This an Intervention?

Isekai Sensei-Sama on Monday, May 30, 2022
In this bonus episode, Bento Baggins confronts Isekai Sensei-Sama about his debilitating isekai addiction. Don't forget to find us on Twitter and YouTube, and subscribe so you don't miss new episodes. We'd love to hear from you, so send us a message or comment. If you have an Isekai question, email Isekai Sensei-Sama at IsekaiSenseiSama@gmail.com and your question may be featured in a future episode.
Post a Comment
Read more
More posts